The 2019 Hall of Fame class includes the following:

Jamie P. Melchert ’88 – Melchert, a Bronze Star recipient and Military Lifesaver Award, was recognized for his military service and dedication to his community.

Dave Rouchka ’61- Owner and president of Medallion Electric, Dave answers the call to serve in a wide range of leadership positions throughout Sedalia, which has earned him notable honors, such as Alumni of the Year and Sedalia Area Chamber of Commerce Outstanding Citizen of the Year.

The late Judge Donald J. Stohr ’52 – Judge Stohr served as U.S. District Judge for the Eastern District of Missouri. He maneuvered through the field of law and politics with dignity, integrity and with an unwavering commitment to his family.

MaryAnn (Kuhlman) Stohr ’49 – A top-ranked student throughout high school, MaryAnn devoted her time and talents to advance and improve the lives of others. Her husband called her “his rock” behind his personal accomplishments. She also is credited with the growth and expansion of the Bellarmine Speech League through the Diocese of St. Louis.

Jim Wanserski ’70 – Jim’s reputation as a business consultant and advocate for high integrity and accountability in the corporate world has led to multiple appointments, such as a consultant for the U.S. Department of Justice.

The late Melvin “Pete” Emerson – There is no greater gift than love, and that’s what Pete Emerson gave to every student who crossed his path during his 35 years as custodian and crossing guard at Sacred Heart School.

The 1998 Cast and Crew of the musical Godspell – This cast and crew convinced the administration and fine arts faculty that, not only was it possible to produce a full-on musical, but it was also a valuable educational experience worth repeating. 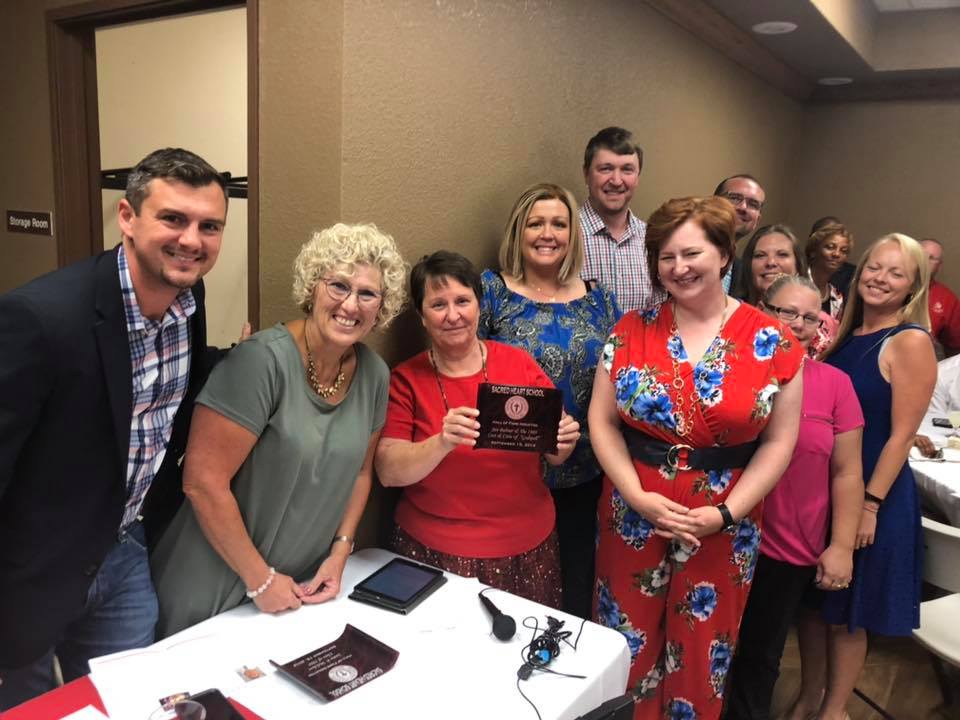 Candidates for strong consideration include alumni who have made a positive impact on the world in which they live during their Sacred Heart years and/or after leaving Sacred Heart. Candidates also can include groups (such as teams) and non-alumni (SHS faculty, staff, parents, and volunteers) who have in some way made a positive, meaningful and lasting contribution to Sacred Heart School.
For more information about the Sacred Heart School Hall of Fame, or about the nomination process, visit the alumni page at www.gogremlins.com, or email HallofFame@gogremlins.com.